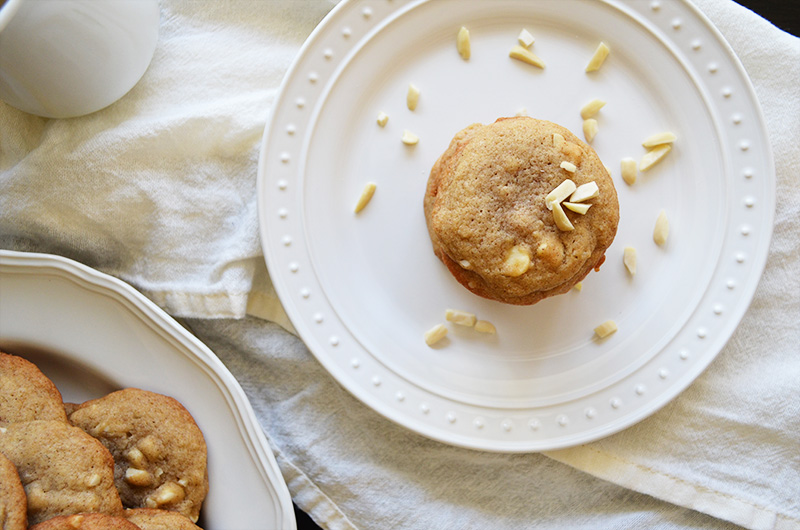 Lazy summer days means guilt-free television watching and easy baking. I have been indulging in a roller coaster of emotions that is Downton Abbey. I thought tea and cookies would pair well with this highly addictive drama series.

I absolutely love french macarons and petit fours. I think it’s the almond flavor that gets to me. Instead of the old classics like chocolate chip or snickerdoodle, I welcomed a new cookie recipe into my repertoire – one that was all about almond…and cinnamon…and white chocolate chips! I was reluctant to add the cinnamon, but my doubts were cast aside when I took a bite out of them. These cookies are delicious, especially with a spot of tea! 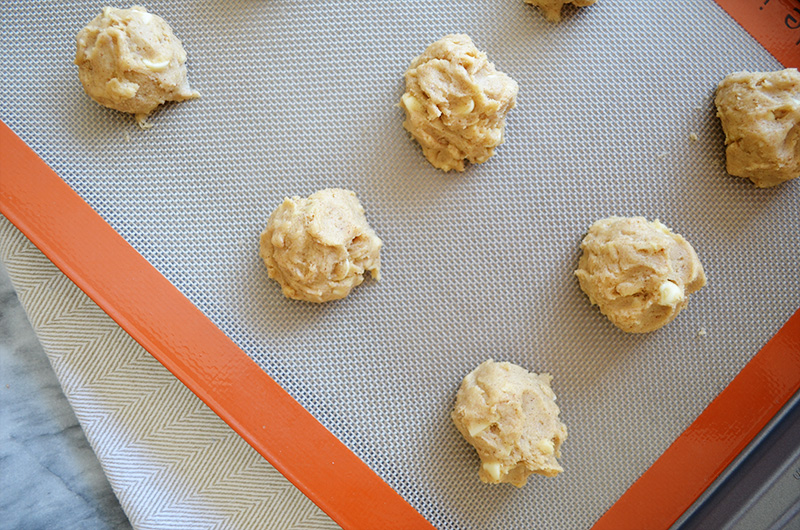 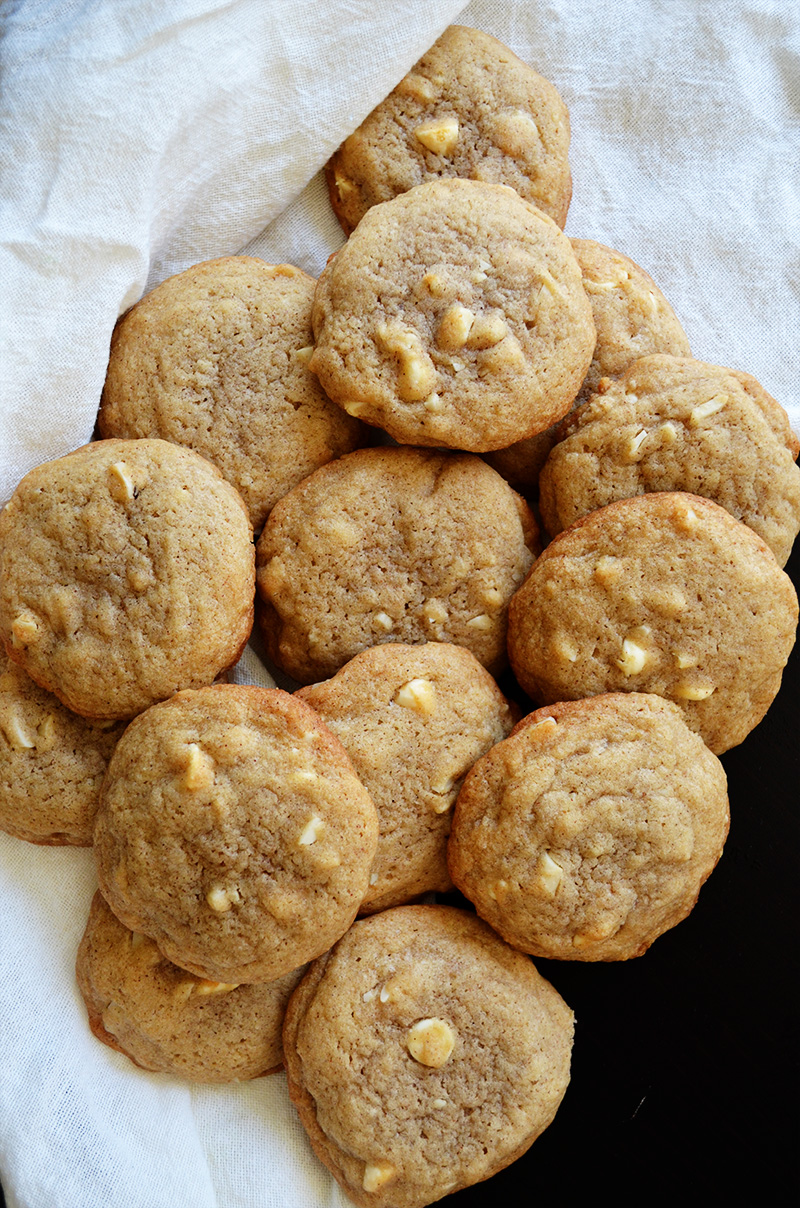 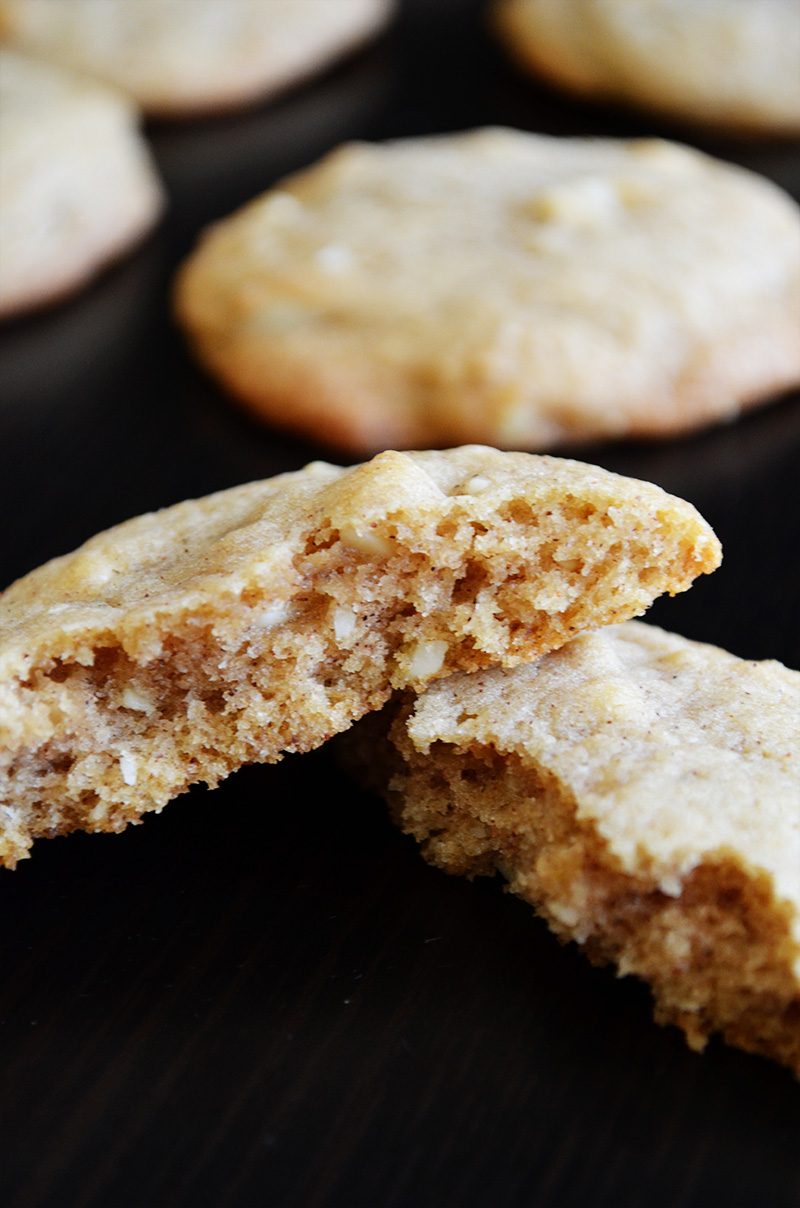 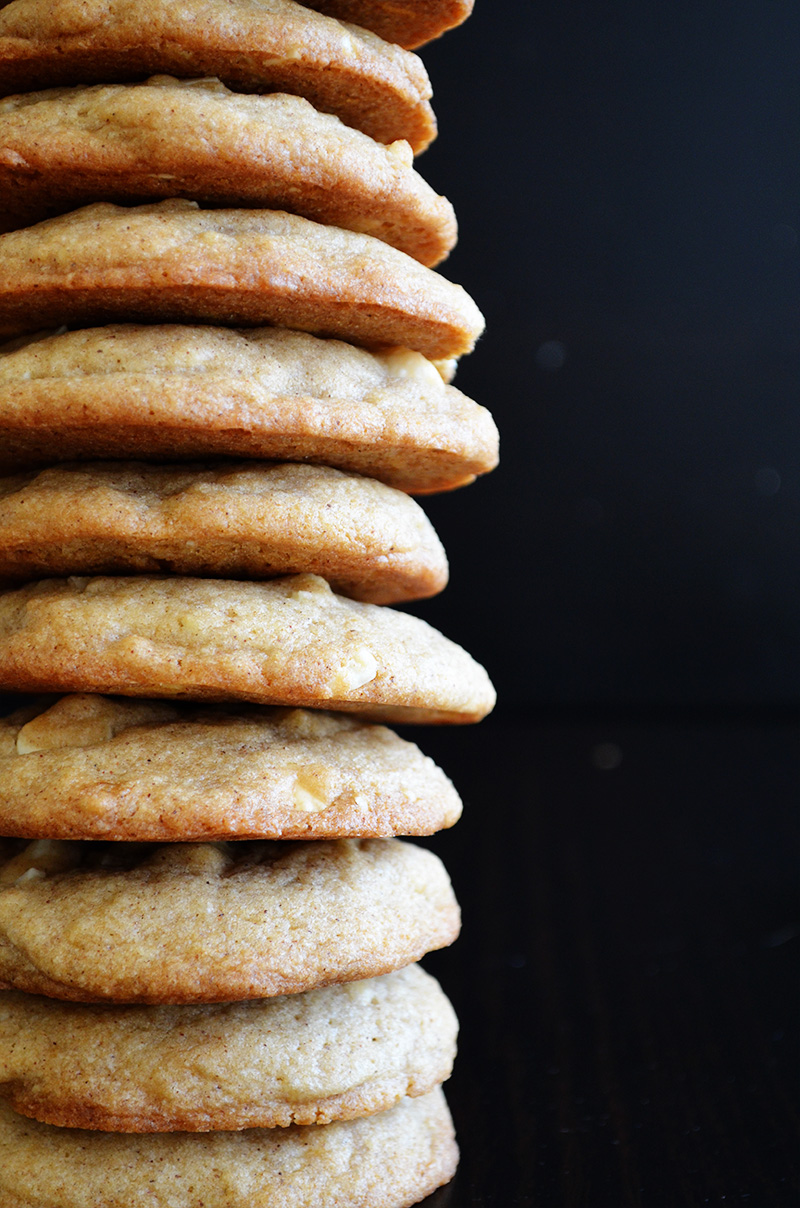 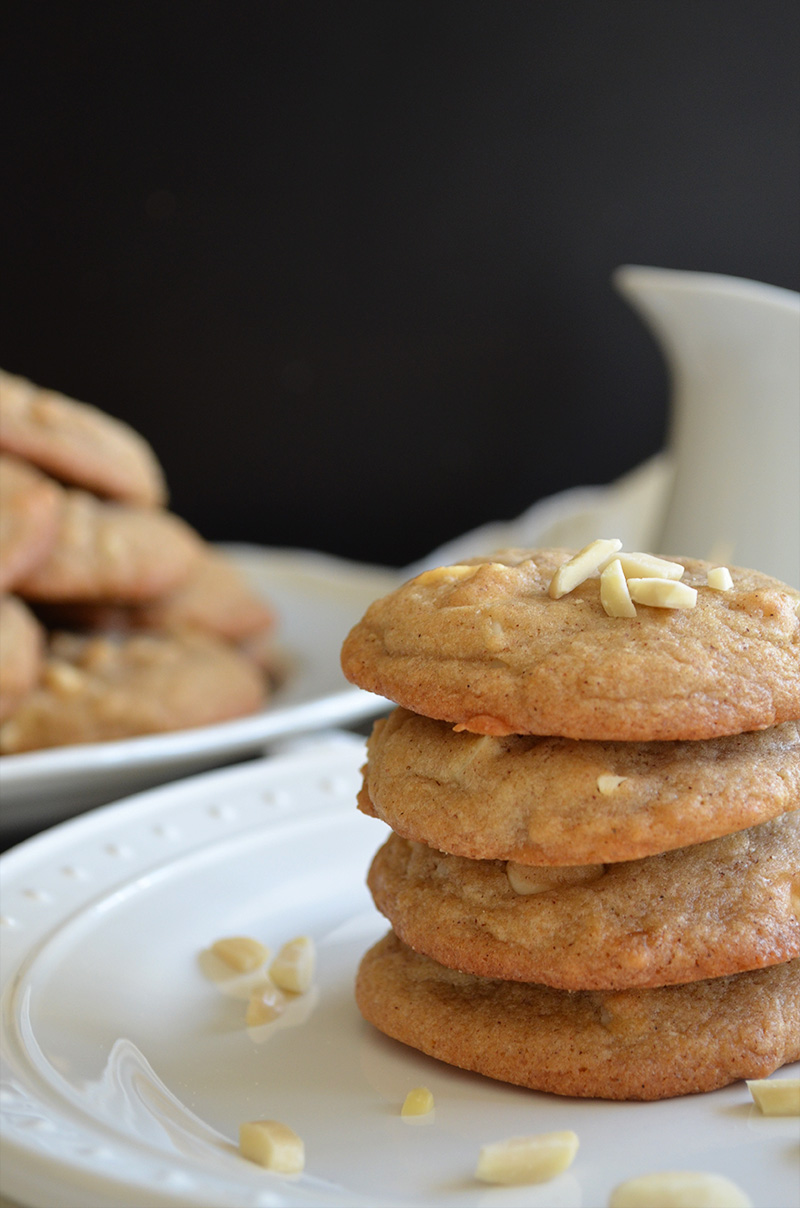