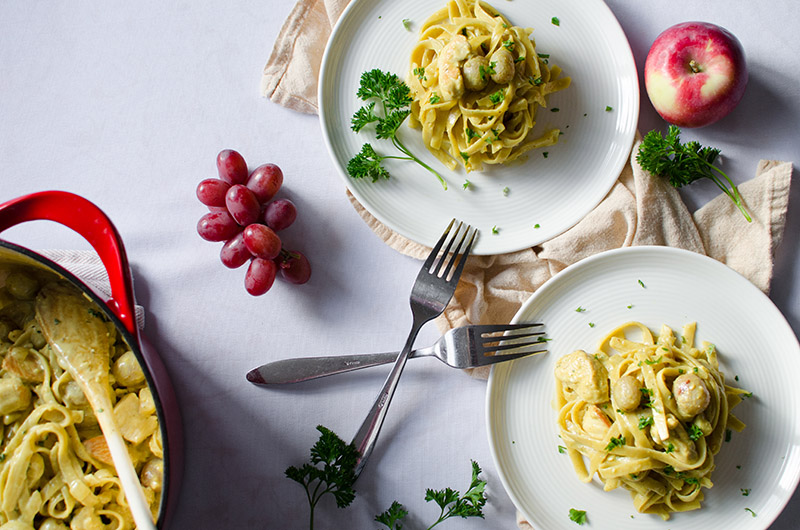 Karl and I recently started a house fund jar. Right now we have accumulated about two dollars worth of change(approximately enough to buy one kitchen tile). We often dream about a cozy place in the ‘burbs where he can make as much noise as he wants in the workshop and where I can freely waltz around the kitchen, stirring pots and snapping shots, without stepping on my own toes. We don’t actually plan on saving for a house via a change jar, but it makes us laugh every time we throw coins in there.

Until we move into the dream home, we are staying cozy in the little apartment we have now. All signs are pointing to an early arrival of winter. For me, it’s getting harder to get out of bed. Exercising is the last thing I want to do. Laundry accumulates twice as fast, and dishes that have less than 500 calories per serving have no appeal. When the temperature fell below 40 degrees the other day, Karl and I had a contest to see who could “burrr” the loudest – he won, but I am pretty sure I was best in show.

This past week, I found myself overstocked with apples, chicken breasts, white wine, and heavy cream. I put on my FN’s Chopped chef’s hat and brainstormed ways to spend these ingredients together. An adaptation quickly came to mind – I played with the idea of turning my chicken and grapes with curried rice recipe into a savory one-pot pasta meal. The result was this creamy curry chicken and grapes fettuccine.

Apples, onions, and garlic are sauteed together, then spiced with curry powder and bay leaves. White wine is evaporated in the pot, then the pasta, broth, and grapes are tossed in to simmer until done. It’s a one-pot dish, which is so great because I can’t bear to do dishes when the entire kitchen feels like a freezer. This was the quintessential “easy gourmet” dish, and it was just as lovely as the gorgeous foliage in New England right now! 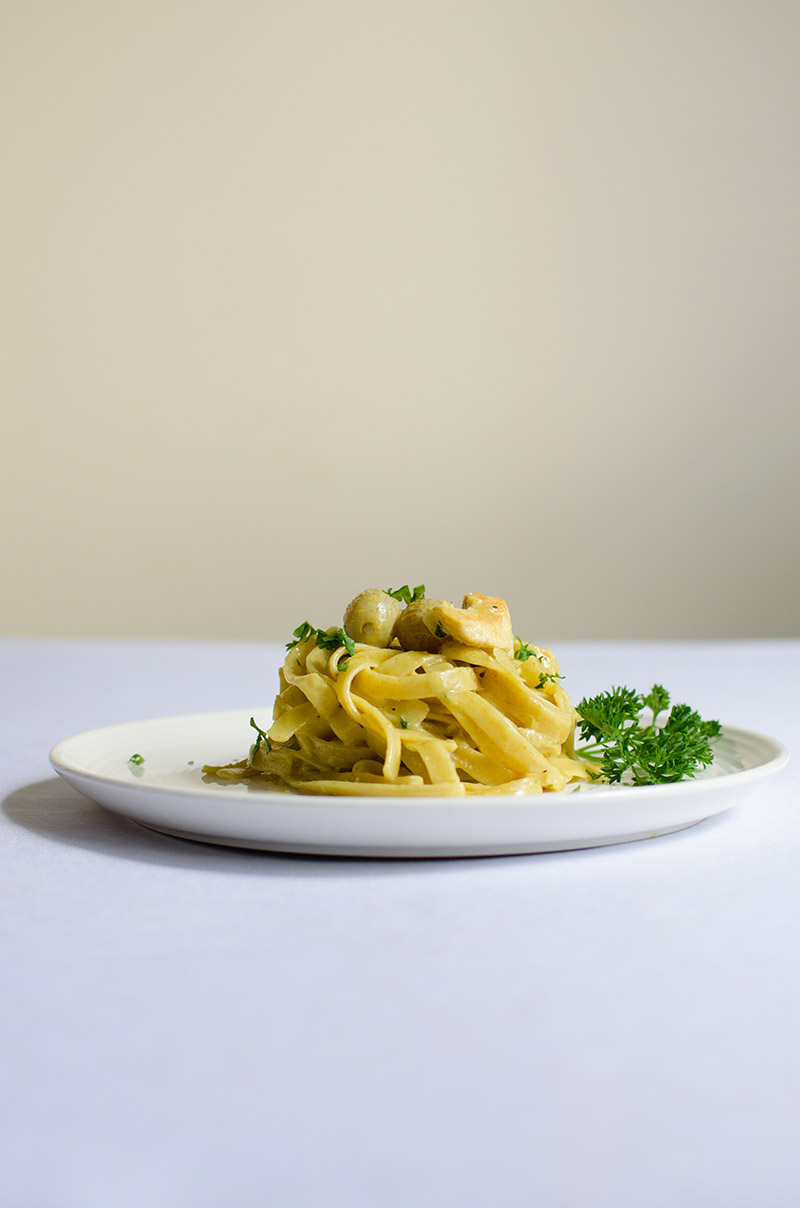 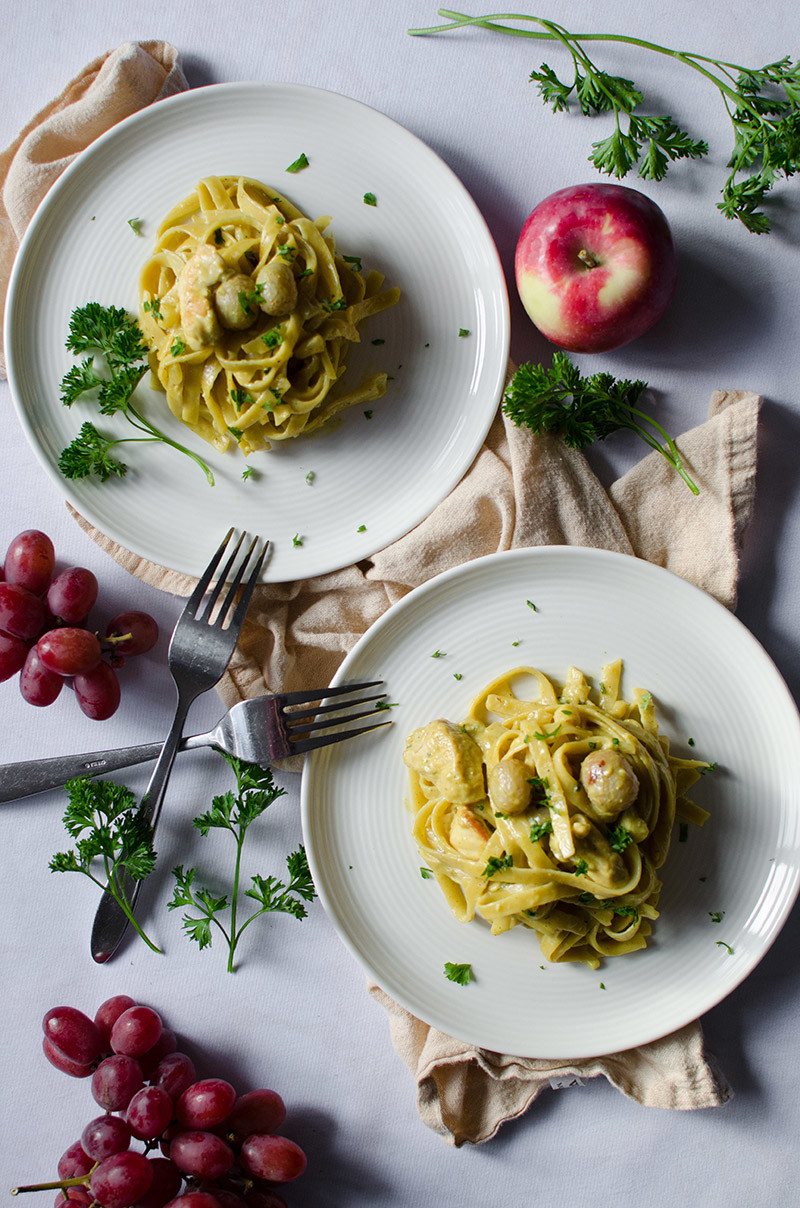 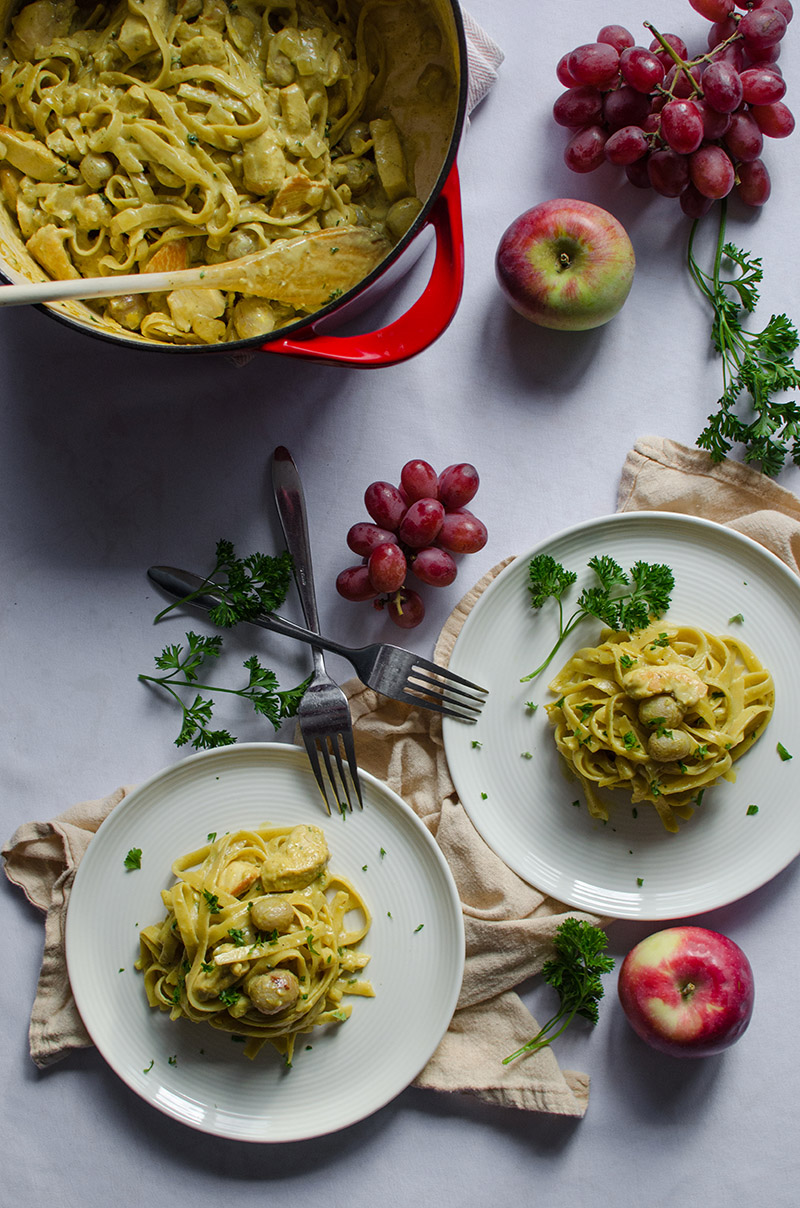 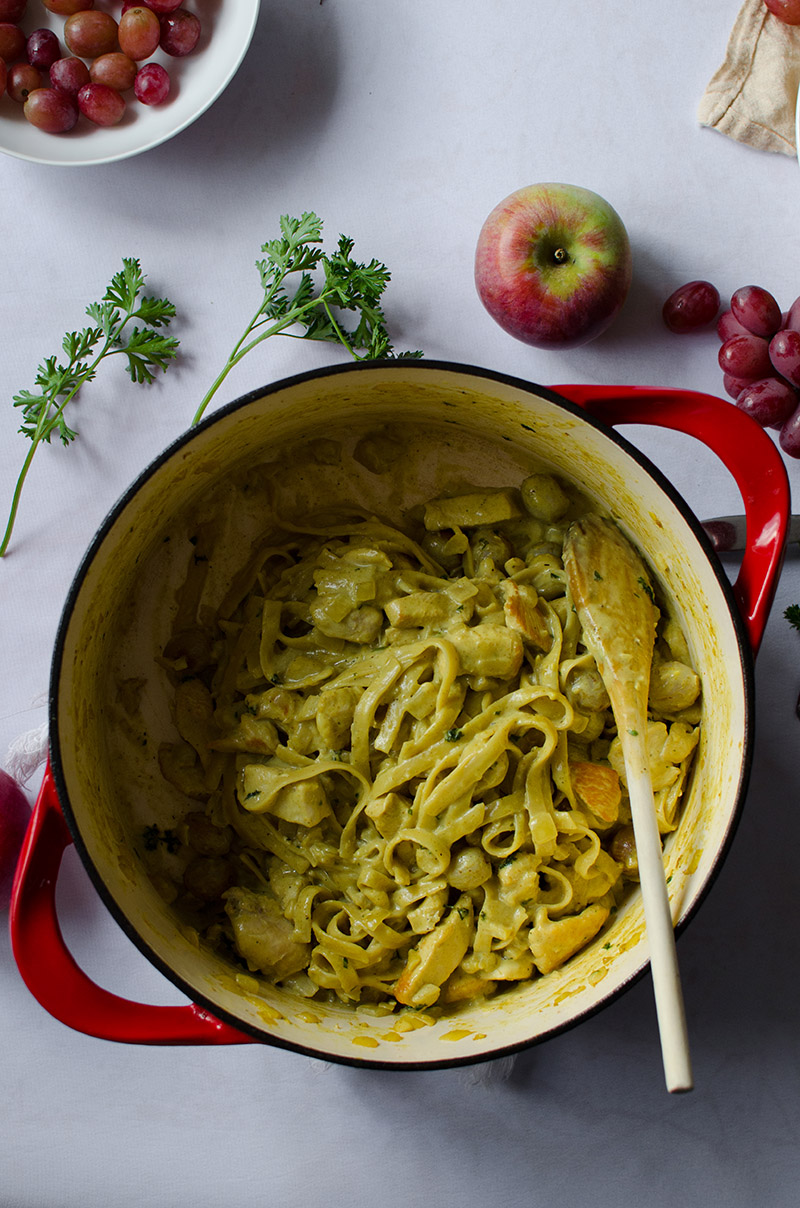 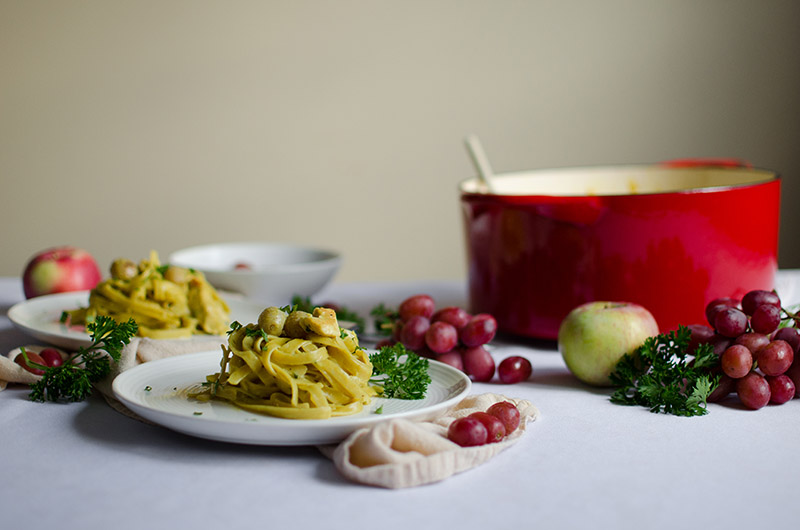 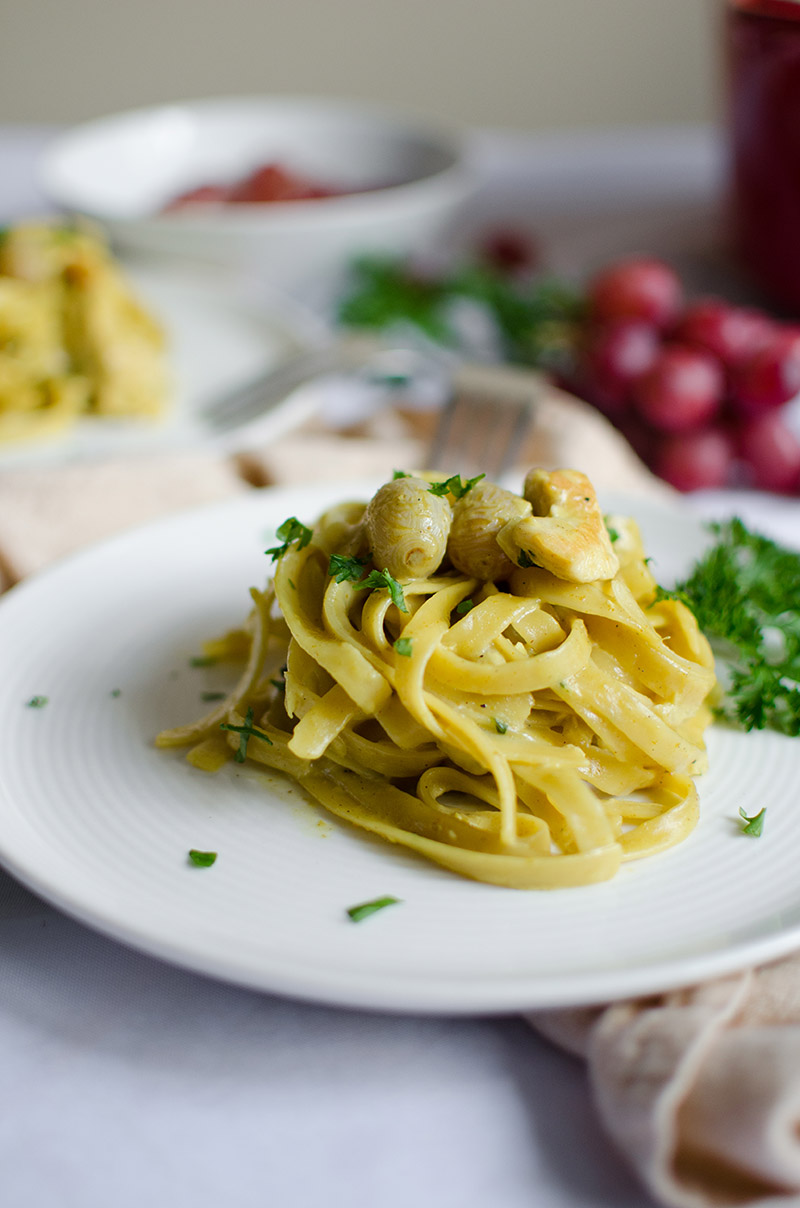 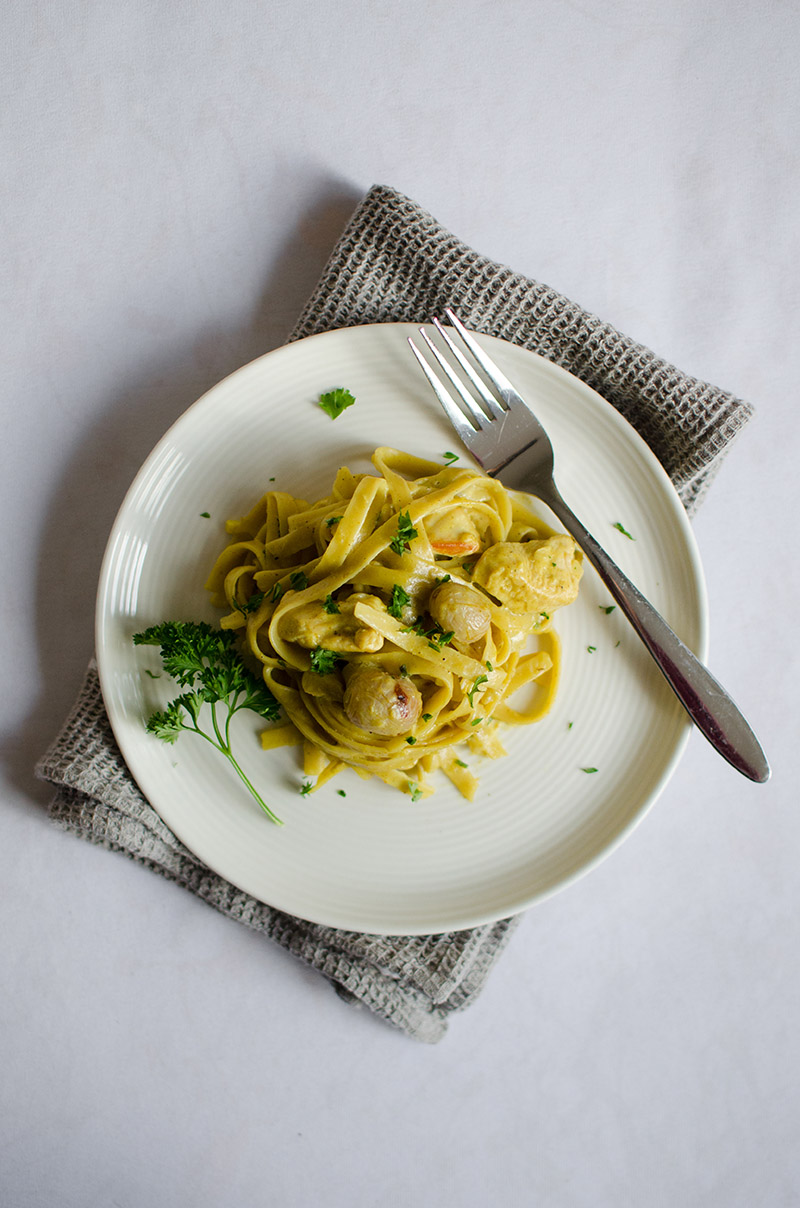 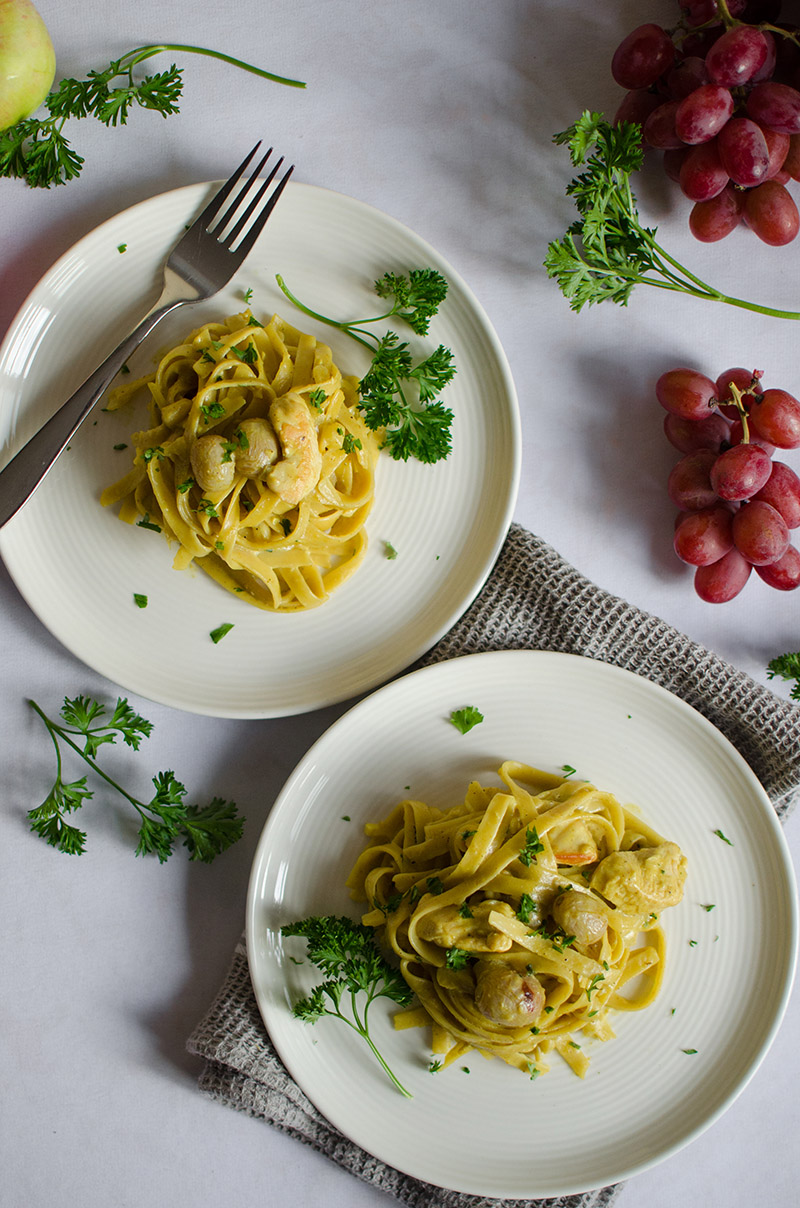 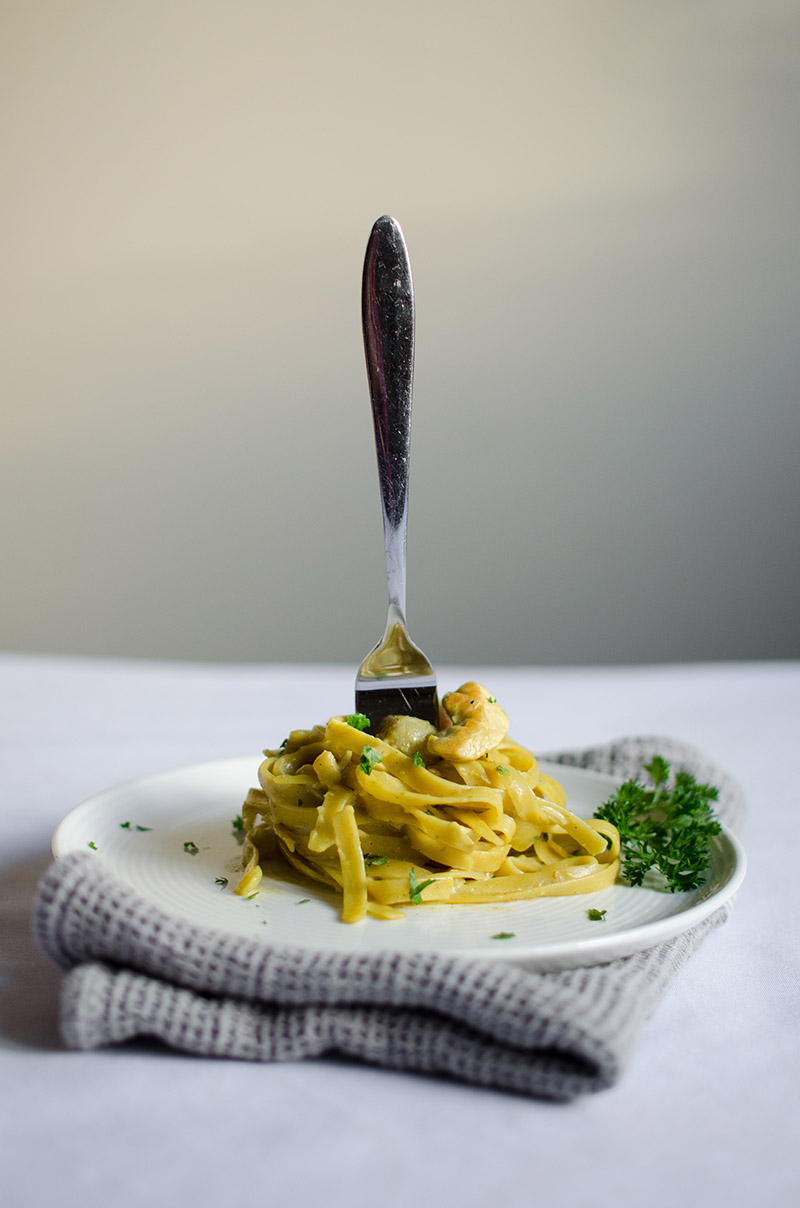